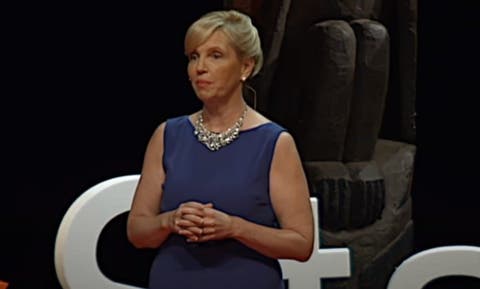 It’s been said if you never want to have sex again, get married. Sex is one of the most contentious issues in marriage today, second only to finances.

There are many married couples that have not had sex for months, even years, and that’s okay as long as they’re OK with it and happily married. The problem arises when one person in the relationship wants sex and the other doesn’t.

According to a national newspaper survey of approximately 10,000 respondents, mostly married men, 75% were satisfied in their relationship but more than 50% were dissatisfied with their sex lives.

We’re having sex — don’t get me wrong — we’re just having sex at the wrong time and with the wrong people. I’ll get to that later. We’re having sex before we get married 10 years on average. So we are effectively in a long-term relationship and potentially quite sexually bored before we even mess up the marital bed, and that has its consequences. Most brides today do not have sex on their wedding nights, and 50% of men would not have married their spouse had they known their marriage was going to be sexless.

So everybody wants to know just how much sex are married people having whether they are in heterosexual relationships or same-sex unions. You all want to know what’s going on at the Joneses — well not much. Only about 7% of married couples set the sheets ablaze. Most married couples have sex a little bit more than once a week for the first decade of their marriage. It decreases after that. So they have sex about 58 times a year and 20% of marriages meet the criteria as a sexless marriage and that defined by the experts is sex less than 10 times a year.

So why aren’t we having sex in our marriages?

Well, there’s a little known chemical in the brain conveniently called P-E-A or PEA and it’s responsible for the elation, the excitement and the euphoria that you feel when you meet somebody that you are sexually interested in. It’s a fantastic feeling. This chemical is scourging through your blood vessels. You are so happy, that’s how powerful this little chemical is.

Well, what happens after two years that chemical diminishes as does sexual frequency, that’s just about the time you might get married or may have conflict in your relationship. And that is why communication is key to great sex.

Now there is another reason we’re not having sex in our relationship and that has to do with the sex education that we provide. I’d like to share a story about myself. When I was a teenager, my mother came racing into my bedroom and she said, “Maureen, please tell me you have not allowed a boy to french kiss you”. She was feeling terrible that the sex education came a bit late and I was feeling horrifically guilty as an Irish Catholic girl that I french-kissed a number of boys by that stage.

We teach girls and women that sex is dirty and sex is bad or it’s overrated. We say you’re just going to get a sexually transmitted infection anyway, or you might get pregnant. This whole fear-based thing frightens women from enjoying sex and we never talk about pleasure with girls and women or orgasm and in fact, some women say orgasm is not important and that the journey is just as good as the destination. I disagree. Of course, I’m the one who french-kissed all the boys as an Irish Catholic girl. It’s like getting on a train with your lover and you are going to the most pleasurable place on the planet, you are so excited, you’re getting moved up with all the free drinks they’re giving you. This is amazing and just before you reach your destination, he gets off and you don’t. You get my point.

Now the sex education we have for boys and men, that’s entirely different. It’s a global program, it’s free, it’s accessible to everybody. And it’s known as internet pornography — fantastic and it does nothing to teach men and boys about intimacy which is really important to men and boys, or how to make love to anybody. Also, we have a paucity of information about sexual health for our LGBTQI community and we need to add to that.

Now marriage can rapidly go from holy matrimony to holy hell with the finances, the kids, the houses, the illness. I mean you may have signed up for sickness and health but that was long before you’d ever witnessed a man cold.